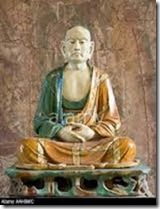 An excerpt From the New Structural Integration Book

It seems like every class I teach when I’m  working with a demonstration model,  I’m asked “how much pressure are you using, to get to that depth?”.

If we view the body as a mechanical layering of tissue from superficial to deep, this is a valid question. It seems logical that one would use more pressure to work on the deeper layers than on the superficial layers.  While this concept of depth is really a good starting point for studying the body, it doesn’t map to the work of Structural Integration.

The skin and the brain originate in the same Germinal layer. The skin is an extension of the brain. When we make contact with the skin we are also making contact with the brain, and we initiate a dialogue where that initial contact is either perceived as a threat to be protected against, neutral or beneficial and allowed.

If our initial touch is sensed as threatening we’ll be blocked from interacting with the inside environment. Imagine someone coming to the front door of your house in the middle of the night and banging on the door. You’re probably not going to run to the door and throw it open inviting them in. In fact you may call 911 to get help from the police. This analogy works with the body as well. If we “knock” hard on the surface it sets up a resistance to letting us into the “house”.

The mistake  many people make is that thinking the natural blocking of our rude presence can be overcome by more force—the pressure—which is possibly experience as more of a threat to be resisted. This leads to a painful experience for the body and creates a scenario where it will not/can not change! This is ironic because what we want is for the tissue to change.

Following our house analogy a little further; if we want to be invited in we should let the residents know we plan on visiting them, rather than knocking on the door unannounced in the middle of the night. For the body we should put our hands on without drama, or “land softly”. Once the surface has become comfortable with our hands being on it, we can slowly sink in. Each level of acceptance of our touch will allow us to touch “deeper”.

The tricky part is in our understanding. Now that we’ve made contact with the body and start to sink in we actually have to use more pressure to engage the added “volume” of tissue. It’s like we are turning up the volume on our car radio to hear it over the road noise.

With each level of acceptance and our sinking deeper into the tissue, comes an increase in the organic resistance of the tissue. The more tissue we engage the more its volume resists our touch. This requires that we use more pressure to make an impact.

Back to the house analogy; we called ahead to let the residents know that we were coming over—gentle landing—but now we have to knock on the door, or make more noise, to let them know we’re outside and they need to let us in.

It’s this second phase of adding more pressure that seems to confuse people the most and leads to the question of how much pressure we’re using. Some people stop at the soft landing phase and see some changes—we’ll discuss those in a little bit. Others try to force their way in meeting the resistance with more force and also see some changes—more in a bit.

In the Structural Integration course we do a simple practicum where we use corn starch to show the effects of too much pressure, too fast, on the analogous soft tissue. The reaction to too much pressure too fast is the solidification of the tissue rather than the melting of the tissue. However, unlike the corn starch, which is much more fluid than tissue, the body’s container—skin—acts to disperse our touch and prevent us from physically invading the body.

Everything we do with a body has to be permission based. When we get permission we can make suggestions that can have profound effects.

Why is it that light touch seems to have a profound effect on the body? One reason is that it’s not threatening and can make some changes just by bringing attention to the area. The other is that it is overwhelming, not in its intensity but in its volume. The nervous system has to work to make sense of the touch and actually becomes overwhelmed trying to make sense of it—there is a CNS fatigue. Another analogy; it’s like having a dog that keeps gently asking for your attention while you’re trying to write…it’s not a threat but it becomes an irritant and requires energy to either avoid or engage. The effect is not so much tissue change or relaxation—I’ll define relaxation soon—but nervous system overwhelm.

In the case of too much pressure too soon, the effects are the same. The nervous system becomes overwhelmed in this case in trying to avoid the perceived threat. It creates havoc in on the inside—in our analogy of someone coming to your door in the middle of the night, you—the inside resident—are running around trying to decide if they should open the door or call the police, get dressed or hide under the bed…it doesn’t leave much energy for change. The creation of this confusion results again in a nervous system that is fatigued, not relaxed and vibrant.

So, what’s relaxation? The epitome of relaxation is the Lohan, a meditator. The meditator is relaxed and at the same time very aware of the environment. We westerners seem to confuse relaxation with medication. When we have a glass or two of wine we’re not relaxed we’re medicated. The fact that driving while “relaxed” on wine is illegal suggests that it’s not really just relaxation. True relaxation is what we also see in the horse. Horses as prey animals have to be aware of their environment, from a survival view. When we take a horse into this “medicated” mental state we actually reduce their awareness—similar to the person driving while drinking. In the dog—a predator—being zoned out, like on wine, is not that big a deal, unless a Polar Bear shows up.

Structural Integration is not about creating a zoned out client, it’s about engaging the client’s system to make a change.